This tends to happen every time I finish a book. With Human Remains, for months afterwards people were sending me links to new items about people being found deceased in their own homes, months after their deaths. With Into the Darkest Corner… well, you can imagine. It’s not that I’m psychic, or tapping into the Zeitgeist, or even that I’m especially aware of the issues that are plaguing our societies.

It’s that human cruelties like these – social isolation and stalking – are far more common than we can bring ourselves to realise.

And the same is true of the subject matter of my new book, Behind Closed Doors. Without giving too much away, the story concerns fifteen year old Scarlett Rainsford, who goes missing while on a family holiday in Greece, only to reappear in her home town ten years later. Unravelling what Scarlett has been through, and why she is so reluctant to see her family again, is DCI Lou Smith’s priority for this story. 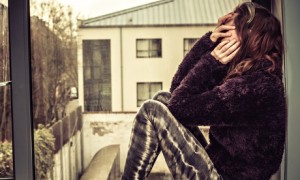 Guardian: I was sold into sexual slavery

Please do click on the link and read the article. It’s important.

The parallels between Scarlett’s fictional story and Megan’s true one have once again given me cause to stop and think about what I’m doing here, writing books which, let’s face it, are for entertainment purposes, about horrors that for many people are very real. My intention in writing stories like this is to challenge people who may otherwise not think about things that are going on right now, not just in far away parts of the world but right here, in prosperous modern European cities; places that we think of as safe, where women experience equality, freedom and protection from the legal system.

We all know, really, that if we scratch the surface a little we can find misogyny, not to mention dangers; we like to think we have come a long way, that we are empowered to stand up for ourselves and our sisters, our daughters – but even so our lives are comfortable, cosy, and it’s easy to turn away from the news stories about trafficking, cloaked as they often are in the political hype about immigration. We are encouraged to think of trafficking victims as ‘foreigners’, people who have tried a different back door to the UK and have ended up paying for their foolishness by being forced to work as domestic slaves, or as prostitutes.

For some reason, the perception that these individuals are foreigners, often with little or no English, allows us to detach from the human suffering; additionally there is the added detachment we seem to feel about women working in the sex industry. This wouldn’t happen to me, we think. I wouldn’t let myself get into that situation. There’s always a way out. Isn’t there?

The next step is to imagine that these women have somehow brought their misfortune upon themselves. And thus, the media allows us to watch stories about human trafficking and say ‘how awful’ without feeling any sort of real sense of the tragedies and the horror inflicted upon people who have no choice whatsoever, no escape, no real future.

My intention with telling the story a little differently, from the point of view of a British girl who experiences the horrors of sexual trafficking in Europe, was to bring this nightmare a little closer to home. Does it make a difference that Scarlett is British? Does it matter that she went missing while on a family holiday? It shouldn’t. We should be feeling the same outrage for every child, woman and man who is forced into slavery in a modern, civilised society.

So what’s being done about it?

Well, there are multi-agency, cross-border teams working to find victims of trafficking and charities who are dedicated to helping people build a new life in the community; but the challenges they face are immense. Prosecuting those faceless, nameless individuals responsible for trafficking is a nightmare, made more difficult because victims are traumatised, and may be as terrified of the prospect of deportation as they are of their abusers.

And this is where we must shoulder some of the blame. If the fear of returning to any society that stigmatises trafficking victims, whether as prostitutes or as domestic slaves, is as bad as remaining under the control of the traffickers, then something has gone badly wrong.

The recent Home Office campaign has encouraged us to realise that ‘slavery is closer than you think’ – one of the adverts is here:

Perhaps when you next see this, or see a news report about a raid on a brothel, you could think about Megan, and Scarlett, and realise that this isn’t about fiction; it’s happening right now. Right on our doorsteps.

What can you do? Start by having a look at the Home Office video in the links below….

More about the National Referral Mechanism

Eaves for Women: The Poppy Project